So I just bought this bill acceptor off ebay, which is in direct correspondence to this blog post.

(discuss says i have to write more)

I think Xanthe makes a very good point! While I am very excited about building a fun donation box, perhaps we should have something practical that makes it easy for people to make a donation by swiping a credit card as well.

Doesn’t paypal offer a credit card dongle of some sort?

Yes PayPal has a triangular (in constrast to square) dongle called PayPal Here. I’ve been using one in my shop for a year now. Earlier this week I discussed with Vic about it in order to collect memberships more quickly at our gift-making workshops this weekend. I asked PayPal to activate it for the IG account. They said it takes 48 hours to activate.

I’m in favor of us having a square-like thing that belongs to the space for taking money from people by Credit Card. That’s not an easy thing to deploy as a quasi-permanent fixture in the space though.

These things, as far as I understand them, are required to be tethered to a smart phone or tablet through their audio jack (which is to say a PC cannot be substituted in this role). Furthermore, the smart phones into which these devices are plugged have to be individually configured with the IG bank account information.

So if we want to talk about that further, I think it should be done in a separate Topic (i.e. Reply as new Topic to this post). I don’t think it detracts from the merits of this project in anyway honestly. Heck, we can do both if people are so inclined!

The eagle has landed. (i.e. the bill acceptor is now in my possession). So, who all actually wants to participate in working on and seeing this project through with me?

Yay! Maybe post to the list too for new people who haven’t made it to discuss yet?

Let me know when the first working/planning session is. I’d love to help out!

I definitely want to be involved. I won’t be available until next week, however.

Do you think you guys are going to meet up this week for this?

Yes I was planning on it. Here’s a doodle poll to pick a time. Click the link and do the poll if you want to join in, and I’ll reply to this thread Sunday night with the ‘official’ date.

Here’s some links to reference reference material on the Apex Bill Acceptor:

So I wired up the bill acceptor today and powered it on, and it seems to “work,” but I couldn’t get it to successfully configure using the “configuration card.” It’s like it gets into configuration mode fine, but it would just take in the card, spit it back out, and then blink the bezel LED once every time I tried to configure it. When configuration succeeds it should spit the card back out and then rapidly flash the bezel LED for a few seconds.

So anyway, I’m going to give Pyramid Technologies a call tomorrow and see if they can help me sort it out before we meet tomorrow. FWIW, however it’s currently configured it can (at least) accept $1 bills and outputs a single pulse (i.e. it’s configured for 1 pulse per dollar).

Hey all- I talked to the folks at Pyramid Technologies and they are super supportive of our project! They are going to donate a fancy new Spectra bill acceptor. Here’s some video to whet your appetite.

That looks awesome! Thanks Vic!

On a related note, I received and soldered up and got running the Adafruit MP3/WAV player. Seems to take up a lot of pins though.

@sean that’s awesome, can you give me a summary/reference of its pin utilization? I’ll start putting together a pin allocation map under the assumption that we’ll use a WildFire as the target platform.

I am afraid my understanding of how all the various pins work is incomplete. But from what I understand, the shield plugs into all the pins but provides 7 GPIOS which are default pulled low with 100k resistors: 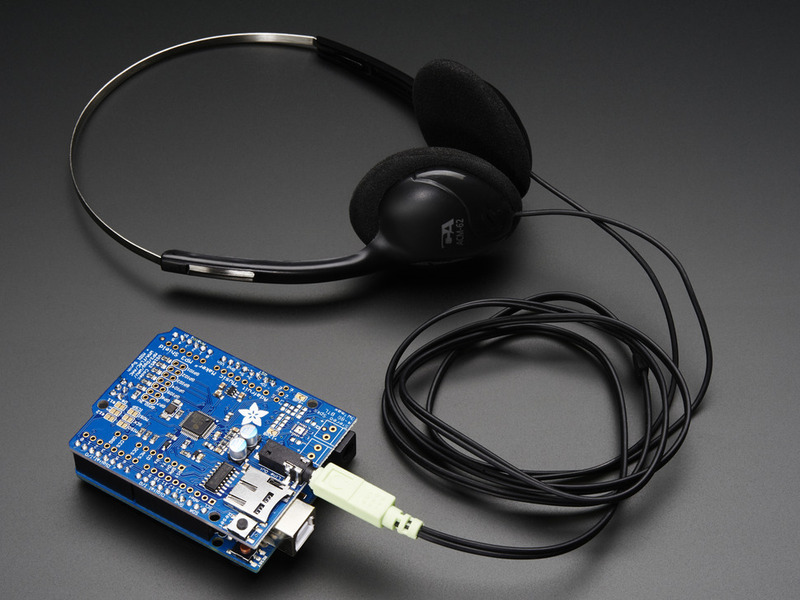 Bend all audio files to your will with the Adafruit Music Maker shield for Arduino! This powerful shield features the VS1053, an encoding/decoding (codec) chip that can decode a wide variety of audio formats such as MP3, AAC, Ogg Vorbis, WMA, MIDI,...

There some other limiting factors, so I am not entirely sure this will work with the bill acceptor.

Might “daisy chaining” multiple Arduino’s provide a work around?